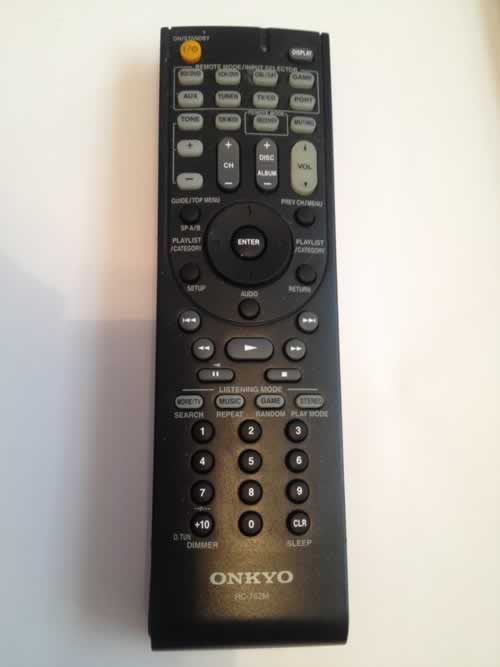 This Onkyo amplifier controller arrived safely and on inspection there were marking around the edges from an attempted opening and also the battery cover was missing.

On adding a power source many of the buttons were found not to be responding.  On opening the issue was found to be due to a liquid contamination internally which had corroded much of the rubber conductive contacts on the PCB.  The contacts were reworked and full functionality was restored. 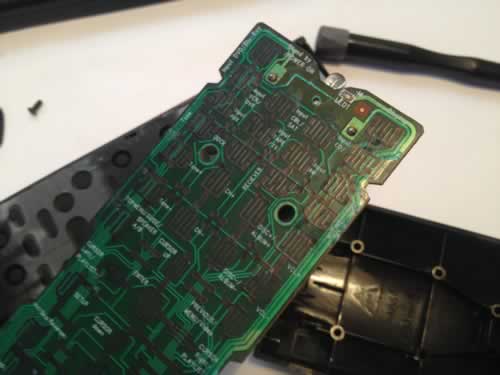 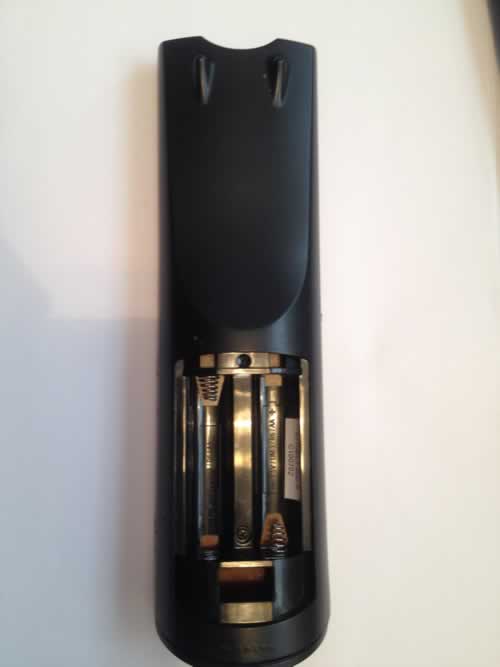