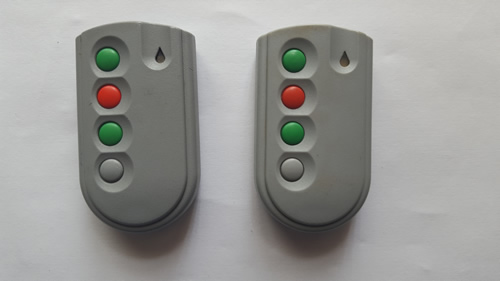 Customers Fault Description : Green buttons either unresponsive or intermittent. New batteries fitted but problem persists hence opening (top button) or closing door (3rd button) can be difficult. Red and grey buttons rarely used so functionality unknown. Batteries only enclosed with one keyfob - the other is empty but exhibits the same problems - suspect previous owner was heavy handed hence only one out of three fobs supplied actually works properly - hope you can help!

These two garage door controllers arrived safely on testing one was found to be functioning without an issue, this was classed as no fault found and is not charged.

The other control was found to have a battery housing issue whereby it had come away from the PCB on one point making power intermittent.

The housing was soldered back into place which restored full functionality. 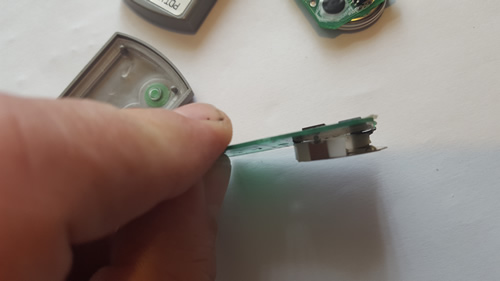 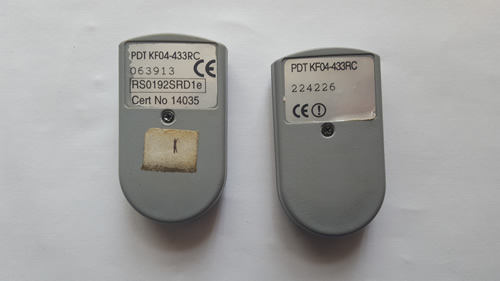