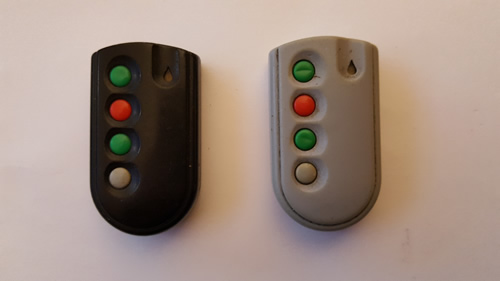 These two garage door controllers arrived safely and on inspection both were dead.

On opening the first (the black one), the batteries were found to be "fused" together after a leakage, this had started to corrode one of the terminal plates.  The terminal was cleaned up and resoldered into position and replacement batteries were fitted which restored full functionality.

The second control (the grey one) was again a problem with the battery terminal but in this case the terminal had broken away from the PCB at one end, the terminal was resoldered correctly which installed full functionality. 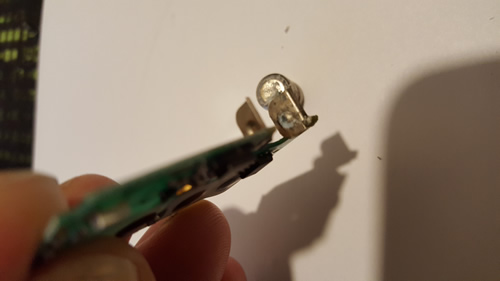 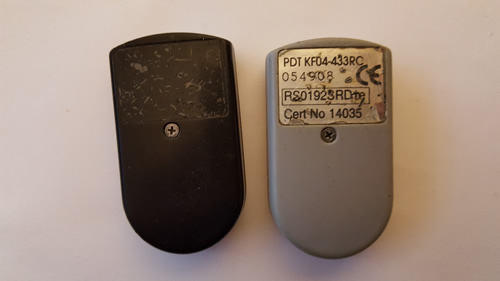