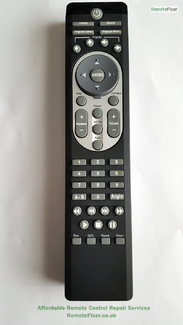 Customers Fault Description : The Projector gas not been used for around 5 years as it was lent to a friend and as a result the Batteries in the Remote control had leaked and corroded the battery Contacts. I did try my own repair by soldering a spare sprung contact to the board but it has not worked. The Remote itself is in very good order bur not working.

This DV 10 Movie-time Projector controller arrived safely and on inspection the dial button was protruded from the case (see image) and the battery terminals were badly damage including the print.

Replacement terminals were fitted and modified to connect to the PCB via wires bypassing the damaged print areas. 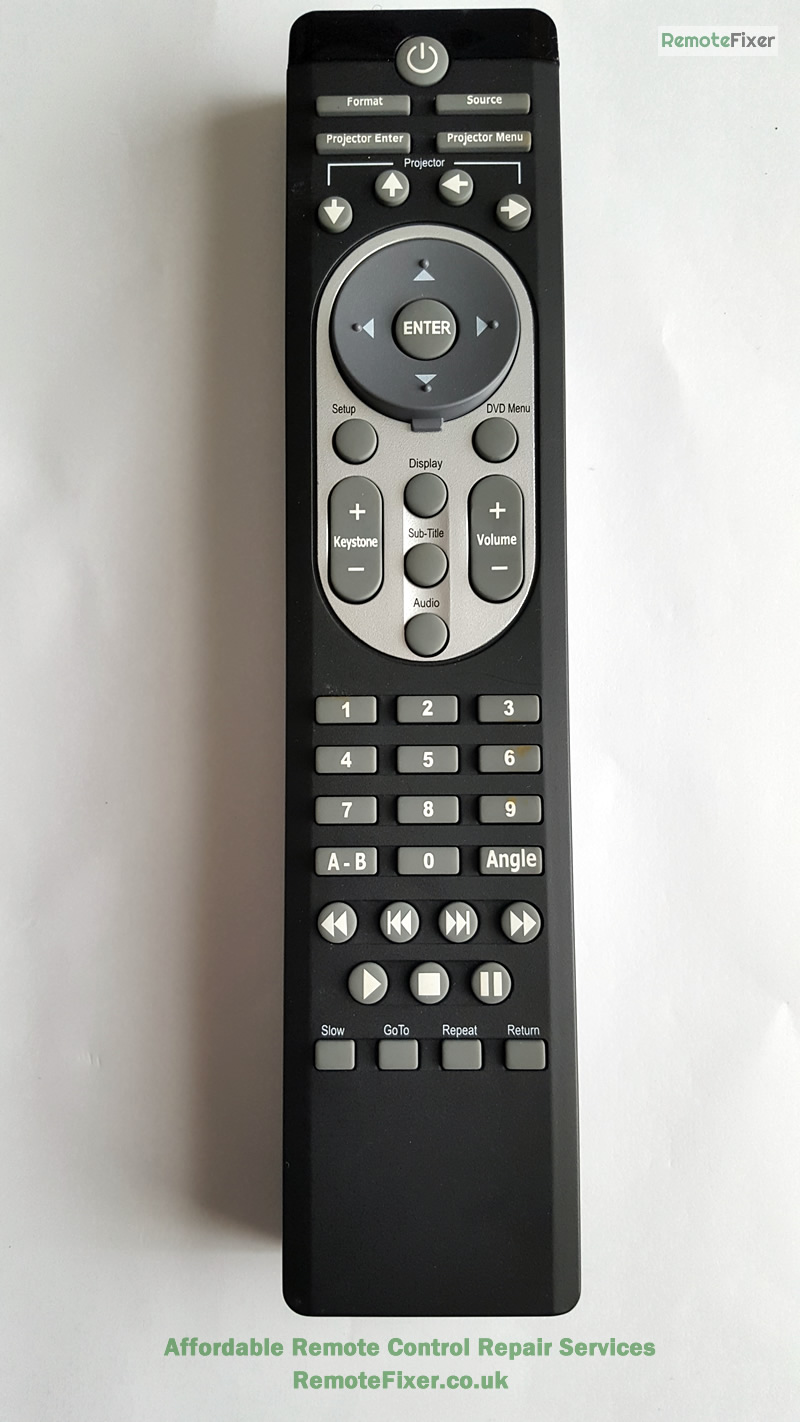 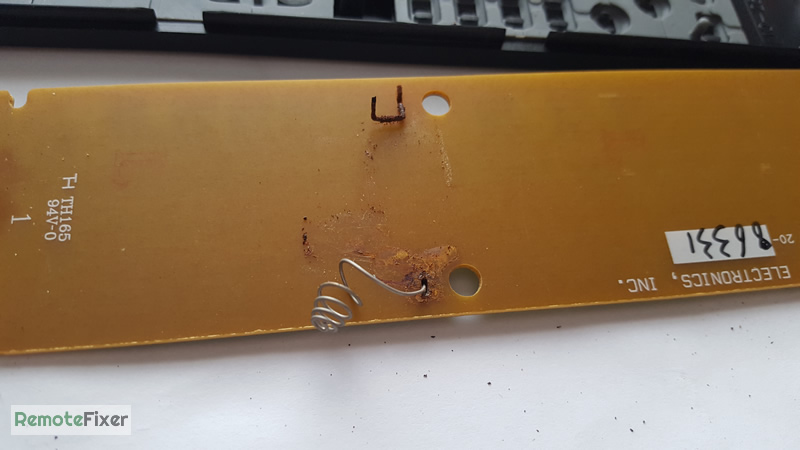