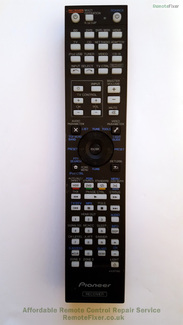 This Pioneer control arrived safely and on inspection the sides had markings along the seam most likely from an attempted opening prior to arrival.

This was due to the circle select switch being misaligned and shorting out one of the buttons.  The only way this switch can be misaligned is by the remote being opened and re-assembled incorrectly. 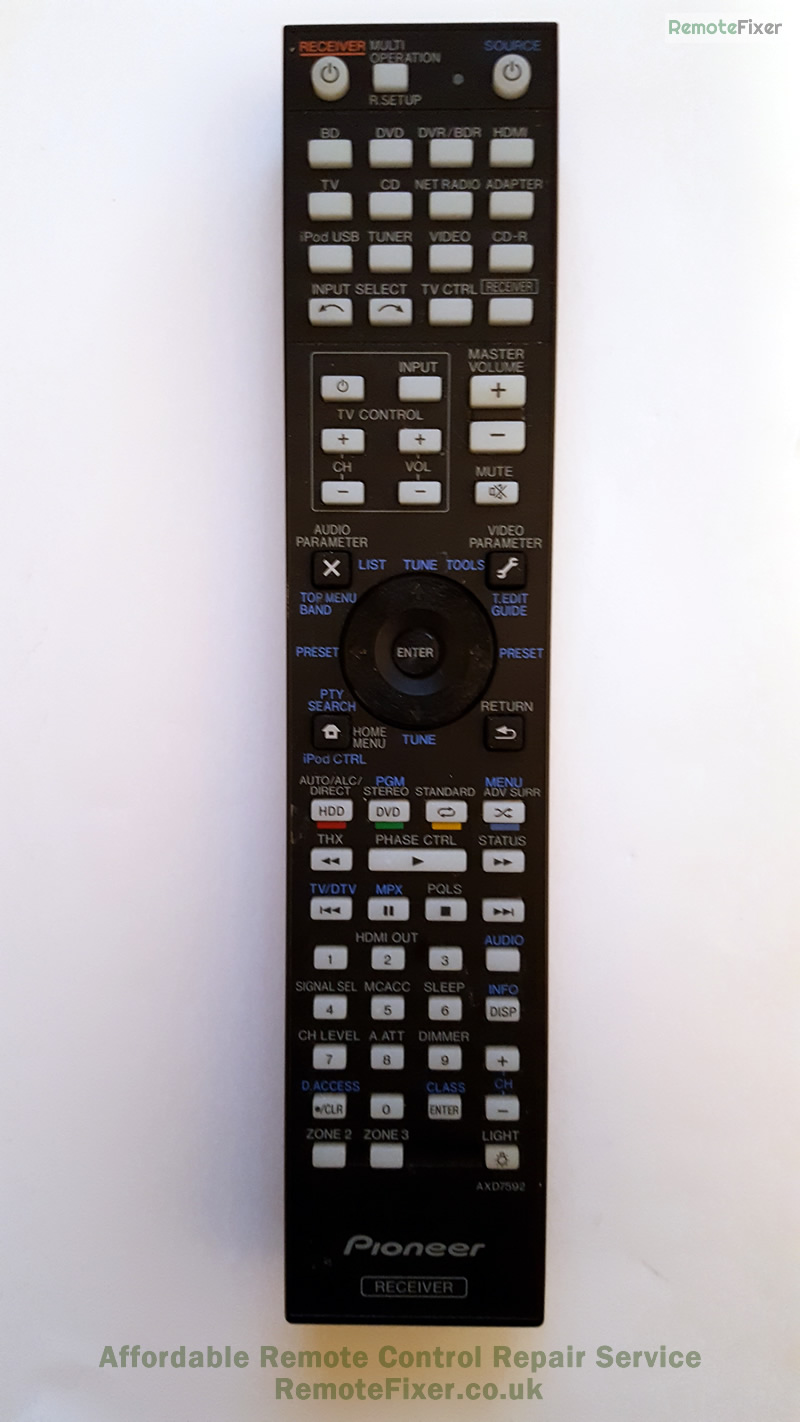 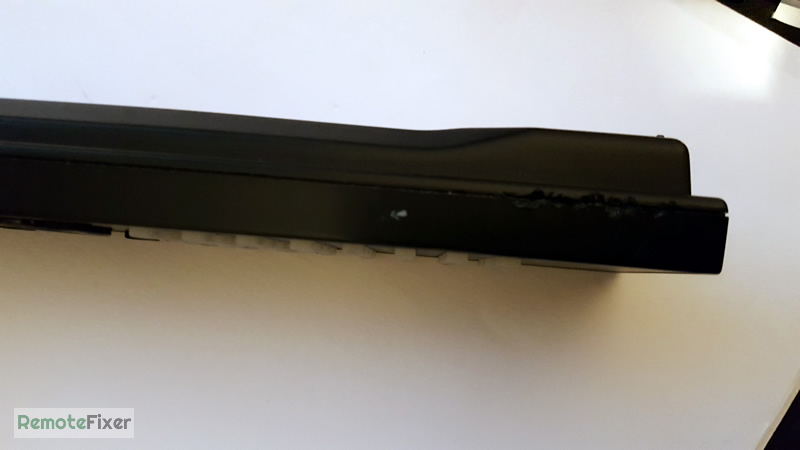 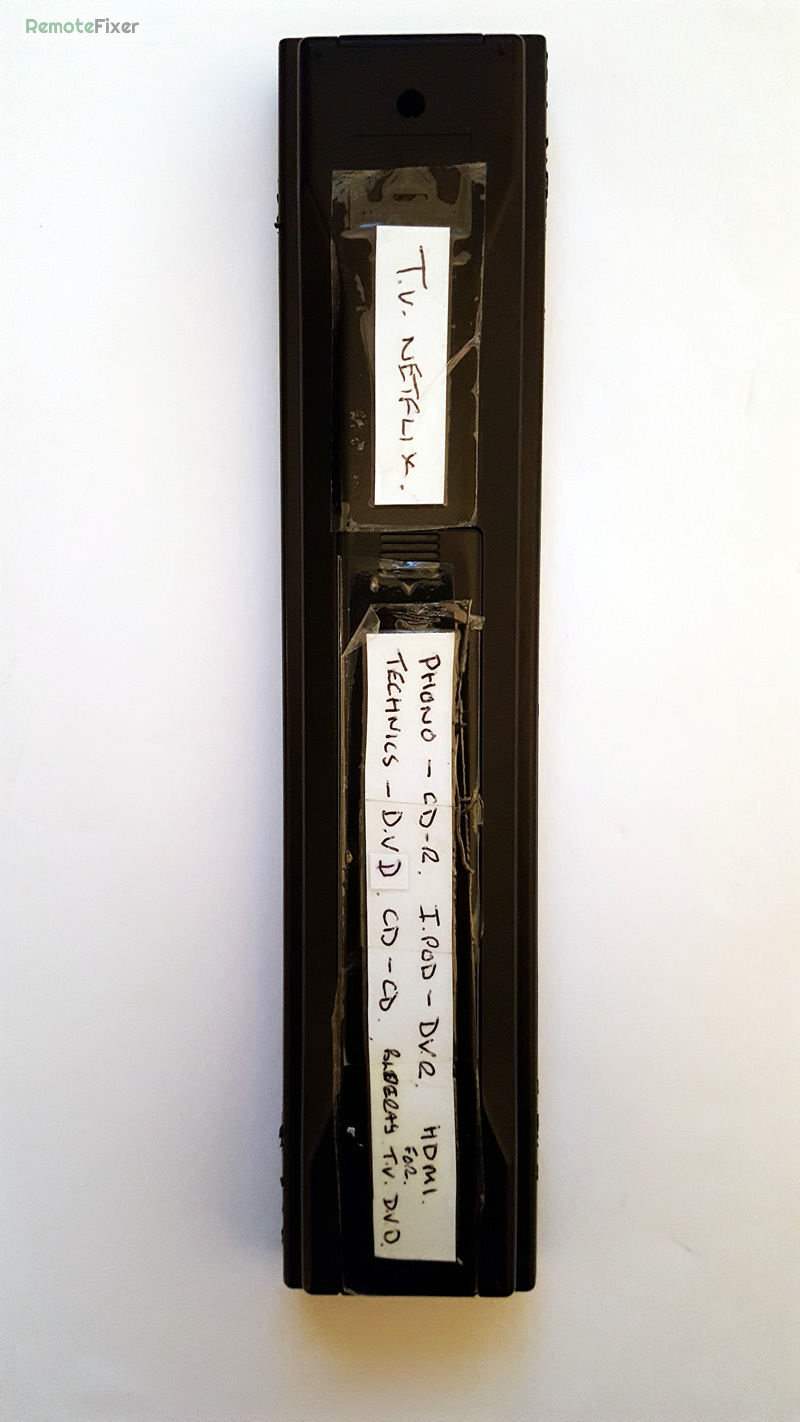