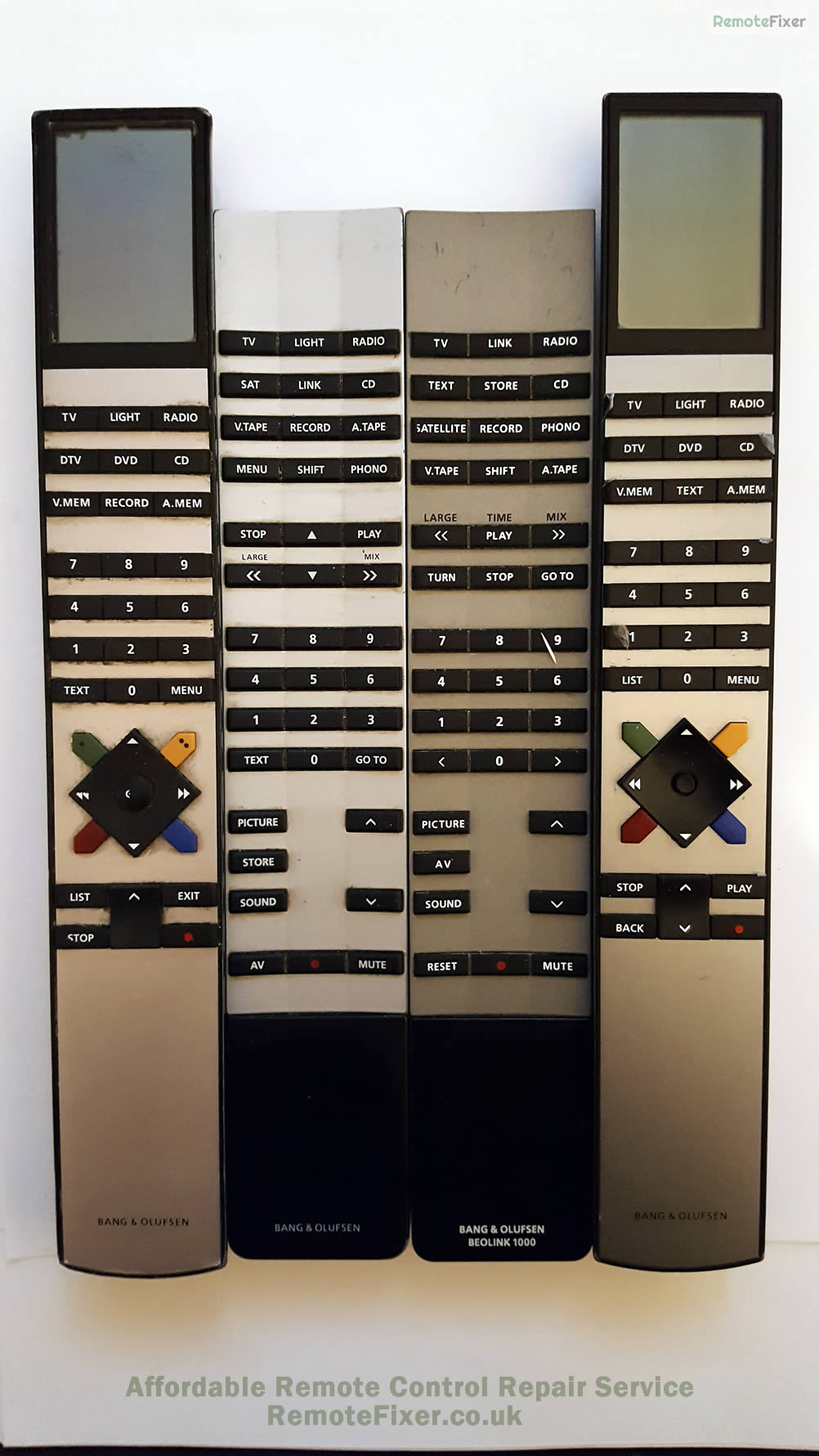 These four B&O remotes arrived safely, see below for a break down of each repair.

The first remote had blue acid contamination over the terminals from a battery leakage.  The terminals were cleaned up and recoated using sliver conductive compound. This restored full functionality.

The second control had a similar problem whereby it was dead.  The issue was from a tiny bit of corrosion on one of the terminals that was blocking a battery connection.  The terminal was removed and etched clean with a fibre pen. This restored full functionality.

The third remote (with screen) was found to be transmitting but the screen was blank.  This was due to a faulty screen.  The screen was replaced which restored full functionality.

The last remote (with screen) was totally dead, when opened there was a transistor and diode that had burnt up.  Sadly due to the damage a repair on this control is not possible. 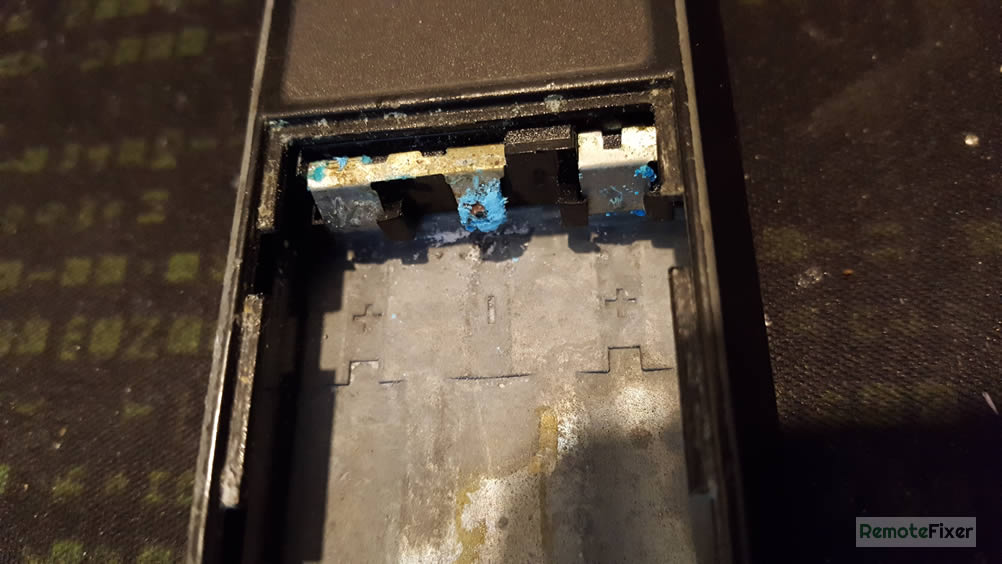 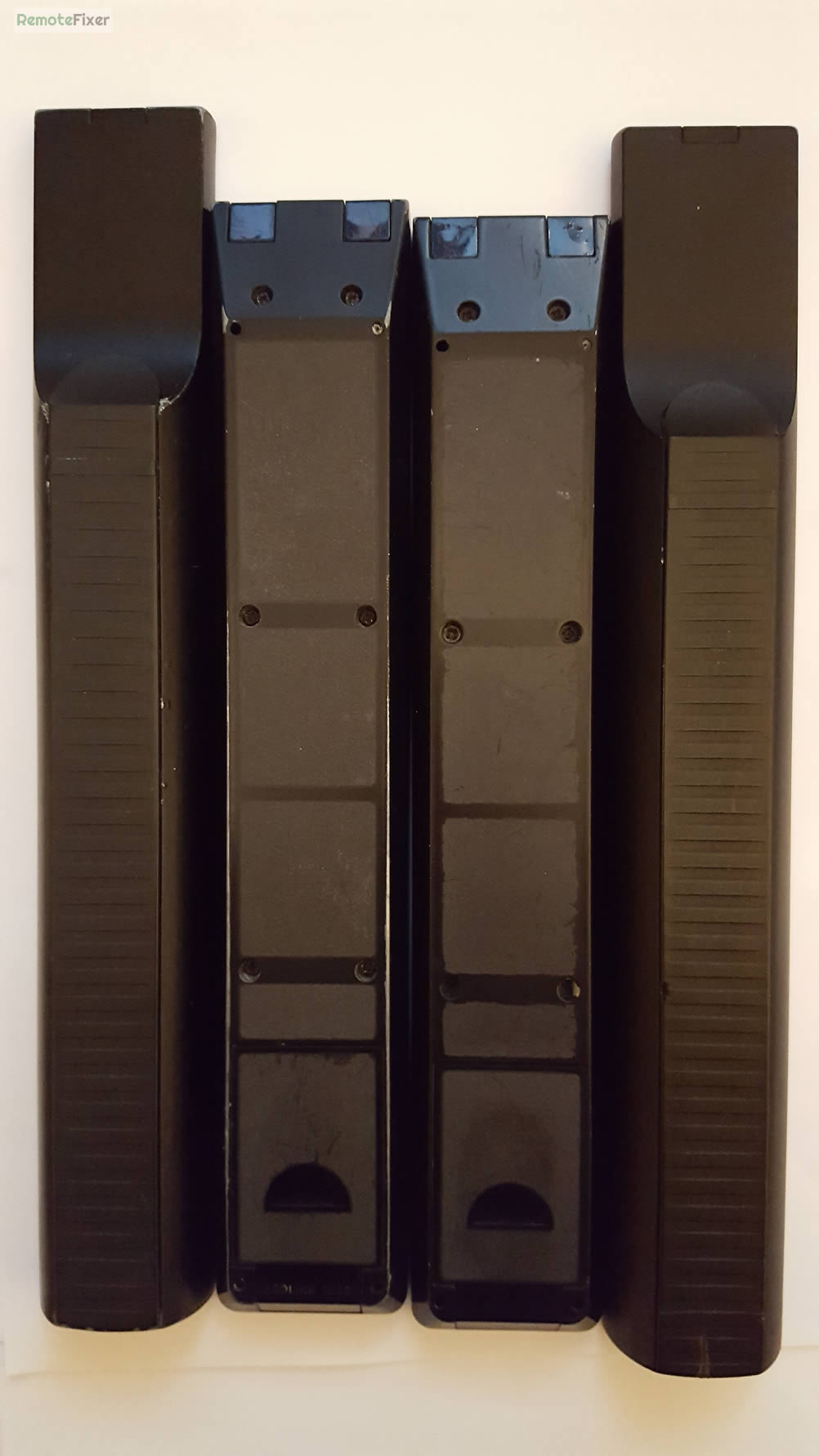